Evolution of the LEGO logo

The red, white, yellow, and black LEGO logo is synonymous with one of the world’s largest toy manufacturers, but it didn’t always look so familiar. 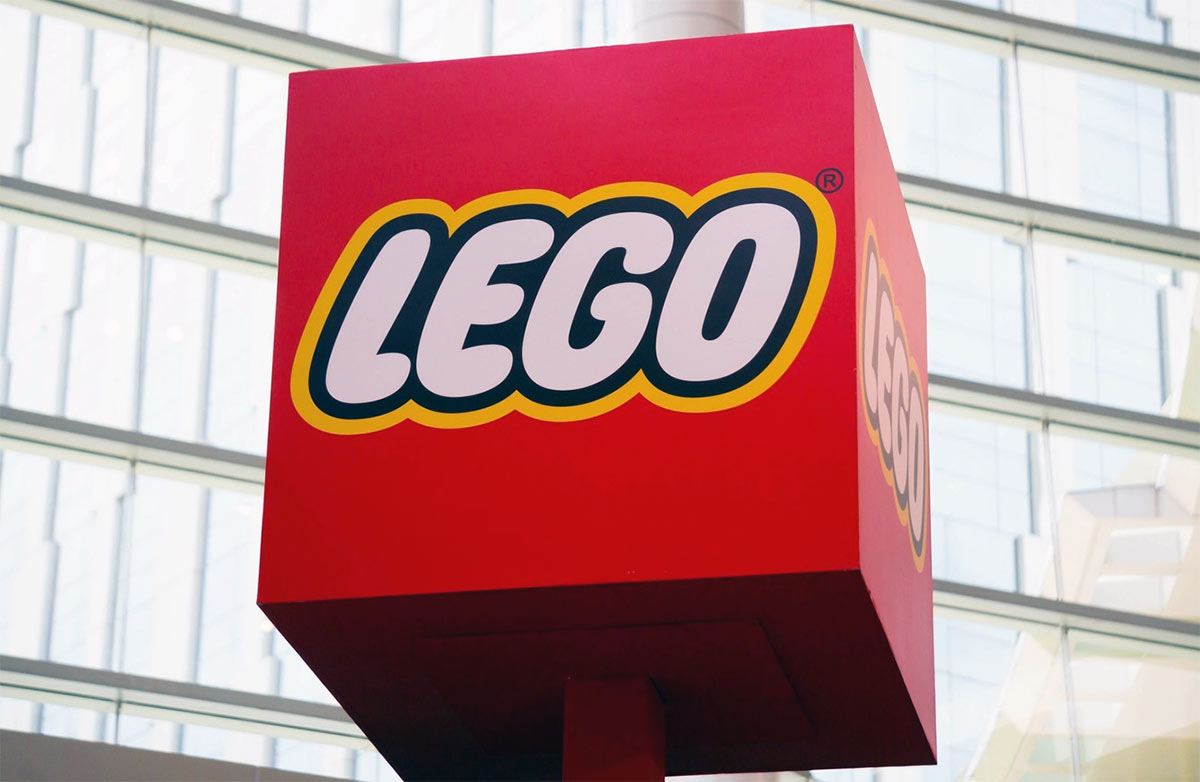 The story began in 1932, when carpenter and joiner Ole Kirk Kristiansen established his business in the village of Billund, Denmark, manufacturing stepladders, ironing boards, stools, and wooden toys. His son Godtfred Kirk Christiansen started working in the business alongside him, aged just 12. 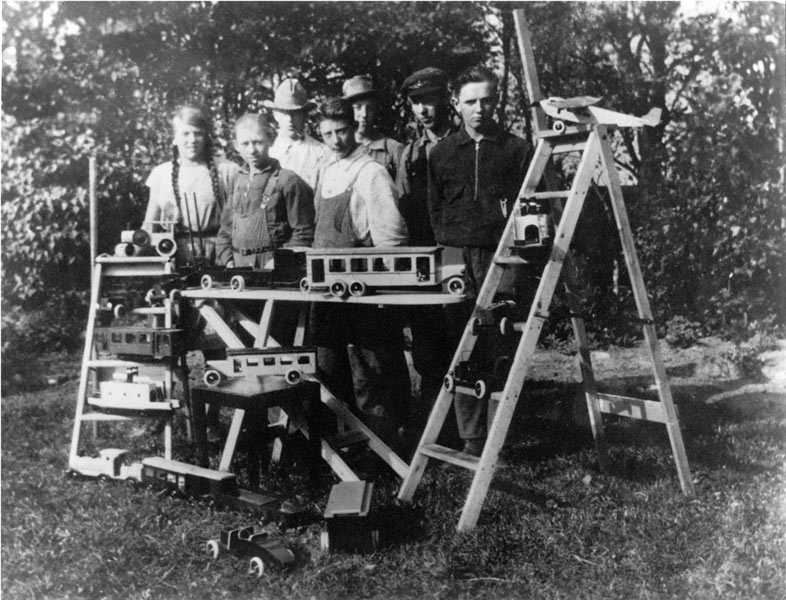 In 1934, Ole’s company and its products adopted the name LEGO, an abbreviation of the two Danish words “leg godt,” meaning “play well.” The first company logo was used on correspondence, shipping labels, and other printed materials, but not yet on toys. 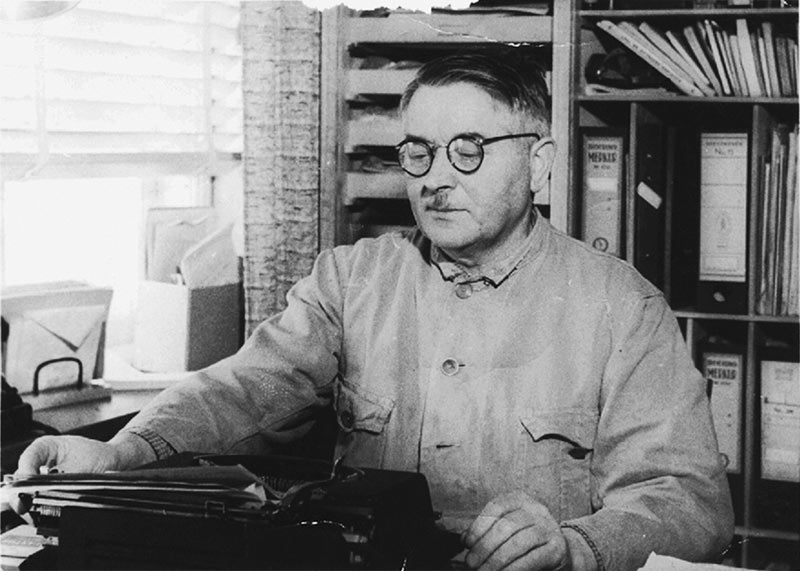 Ole Kirk Christiansen at his desk, 1934.

This ink stamp “LEGO Fabriken Billund” was first used on wooden toys in 1936. 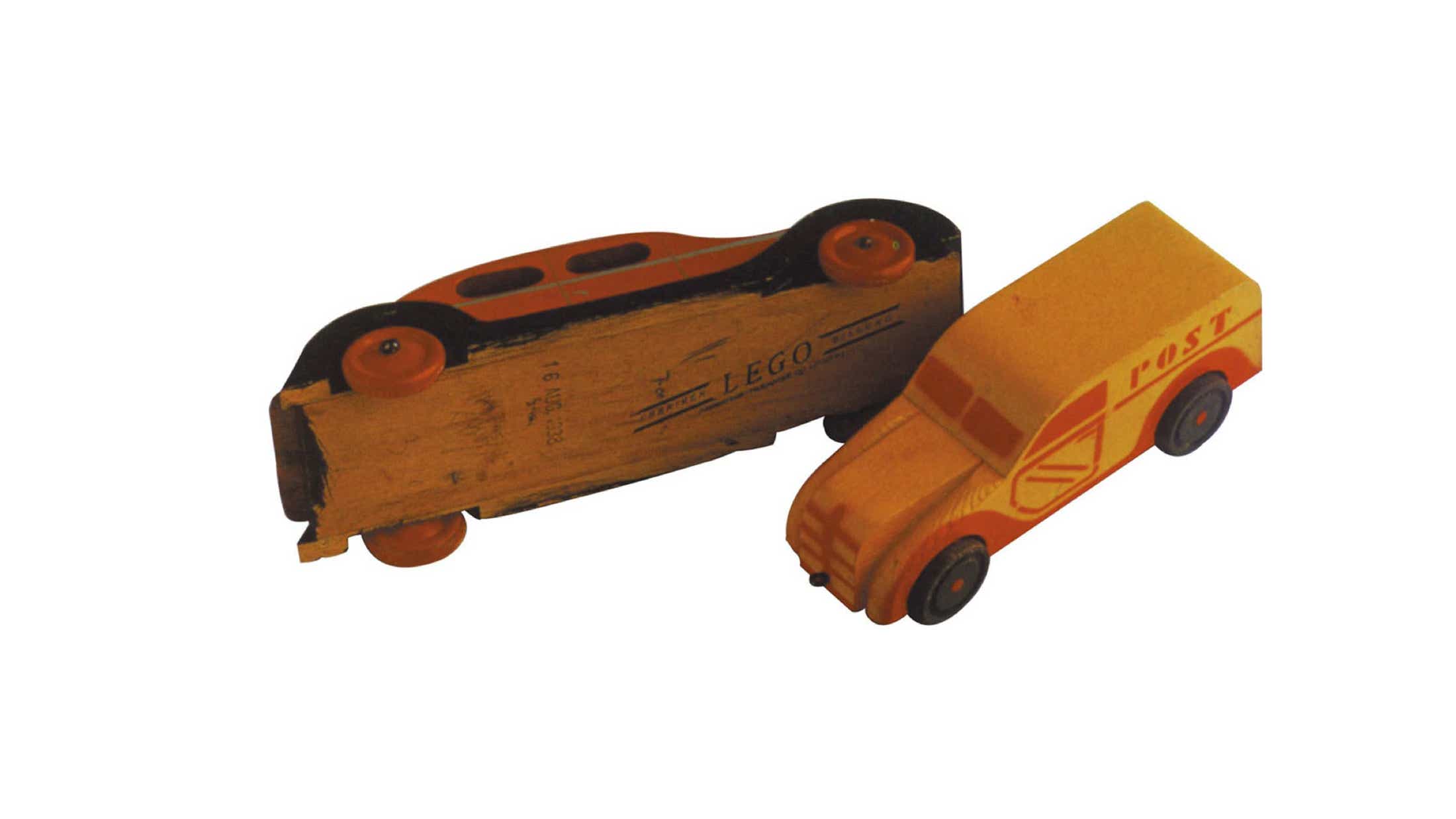 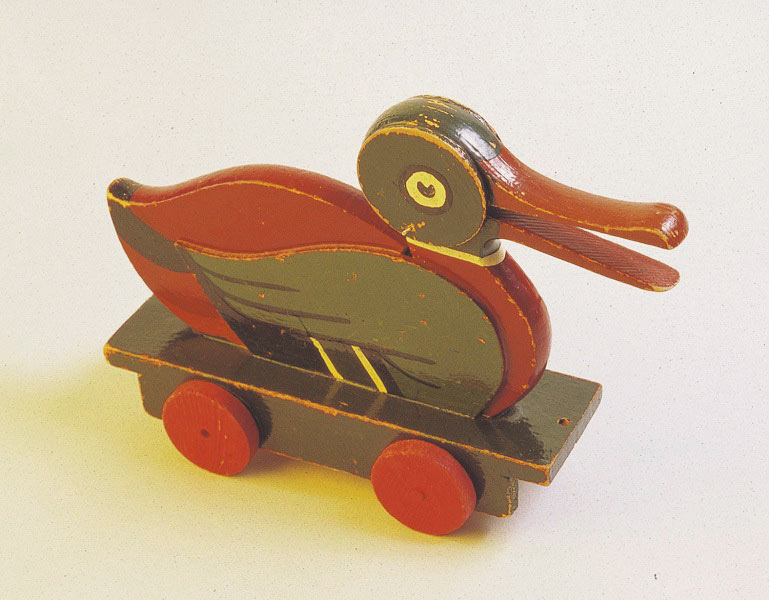 The factory had 10 employees by the time this logo iteration was introduced in 1939 or 1940. For the next 10 years it was used extensively on wooden toys, typically in the form of an applied decal.

In 1949, the forerunner to the LEGO brick we know today was launched under the name Automatic Binding Bricks. 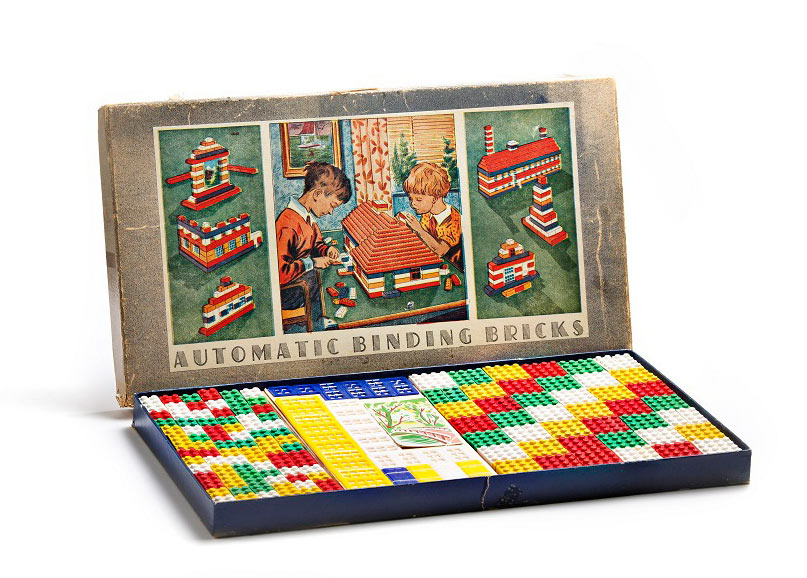 In 1951, the Binding Bricks name was supplanted by LEGO Mursten (literally LEGO Bricks) because Ole’s son, Godtfred, wanted to establish wider recognition of the LEGO name. 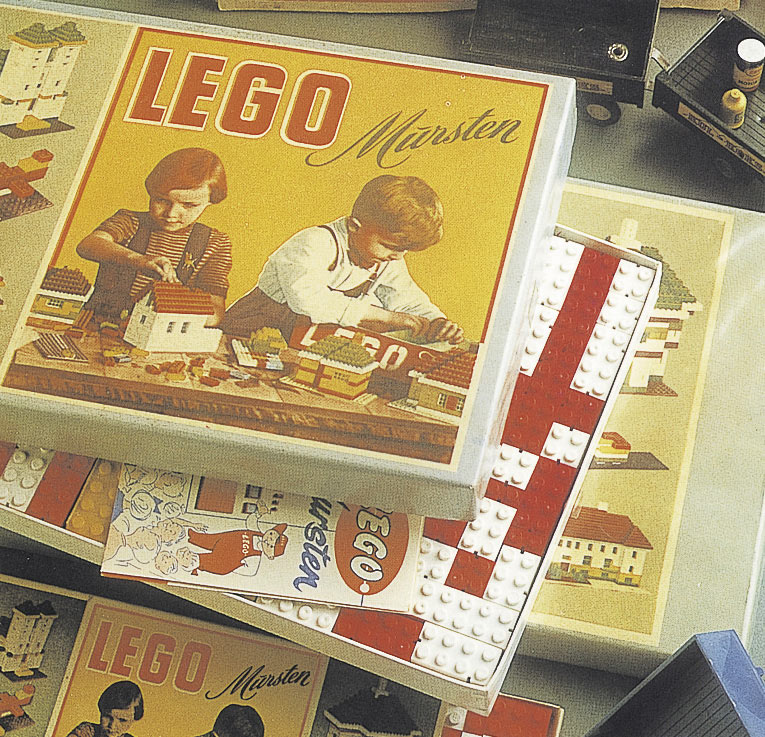 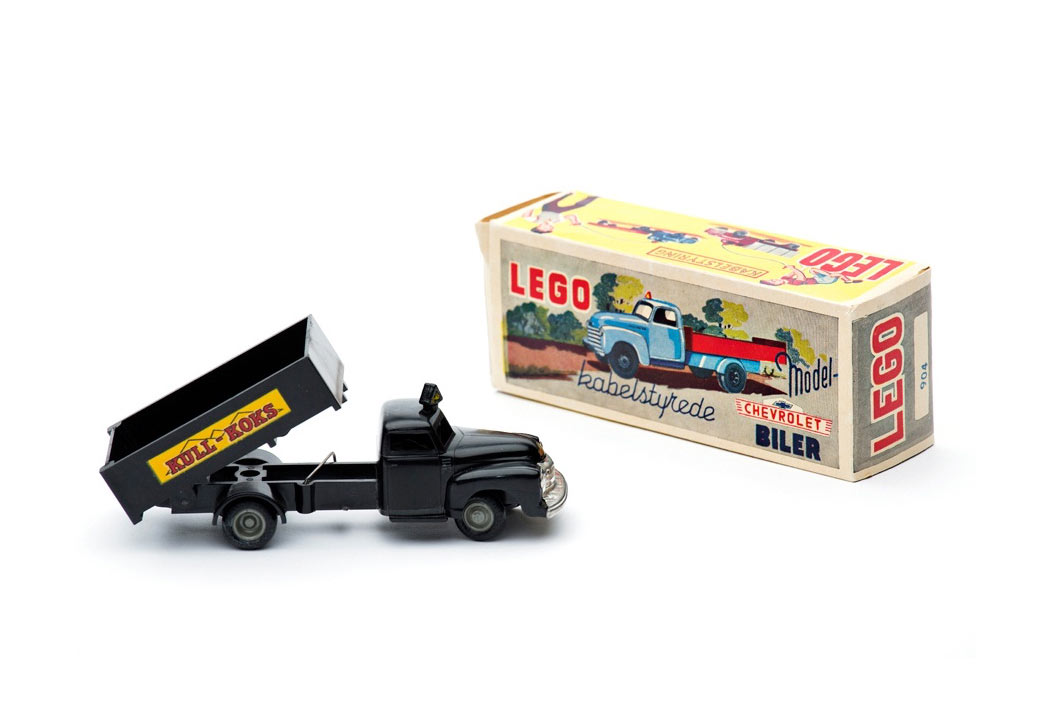 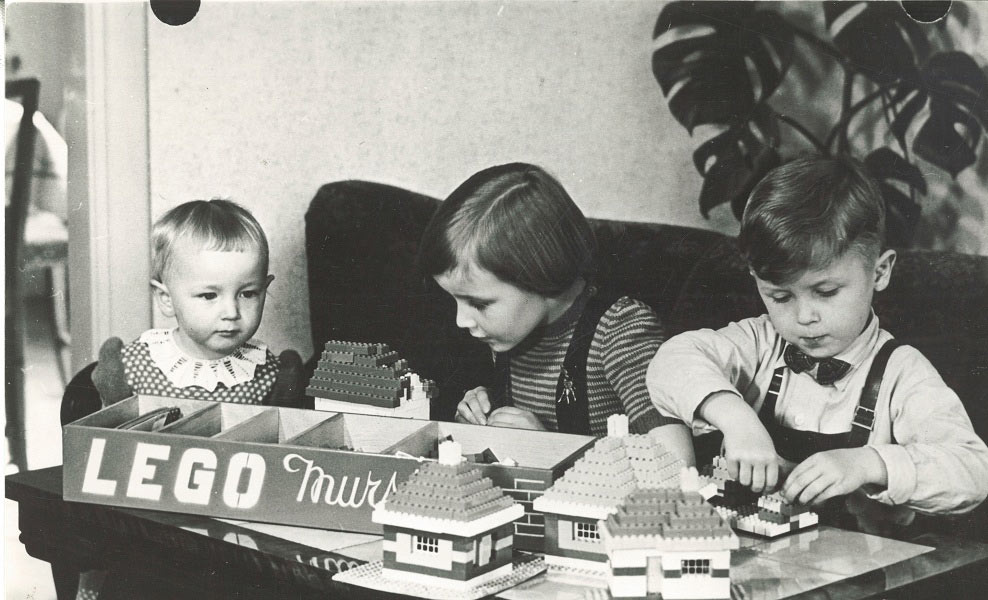 During 1953, all three of the above logos were used. 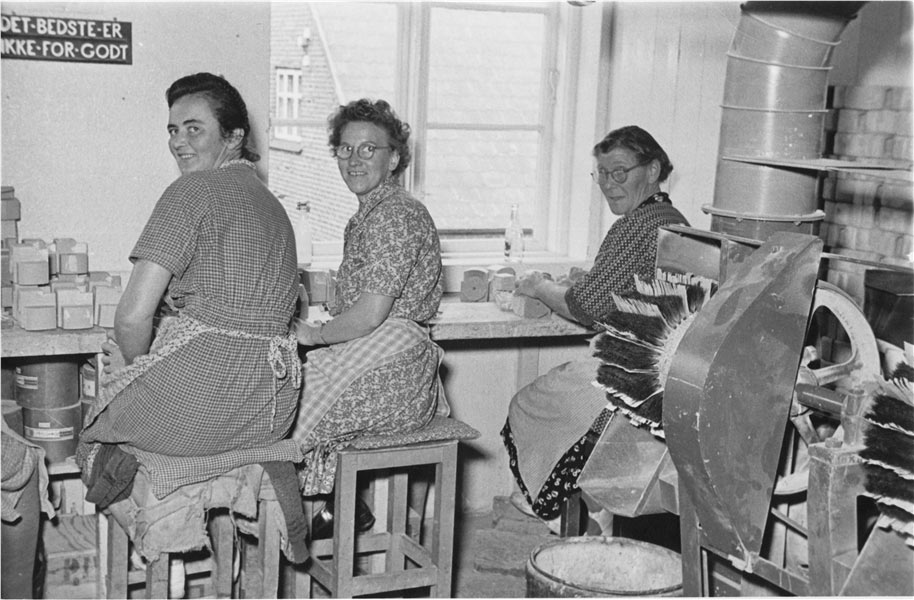 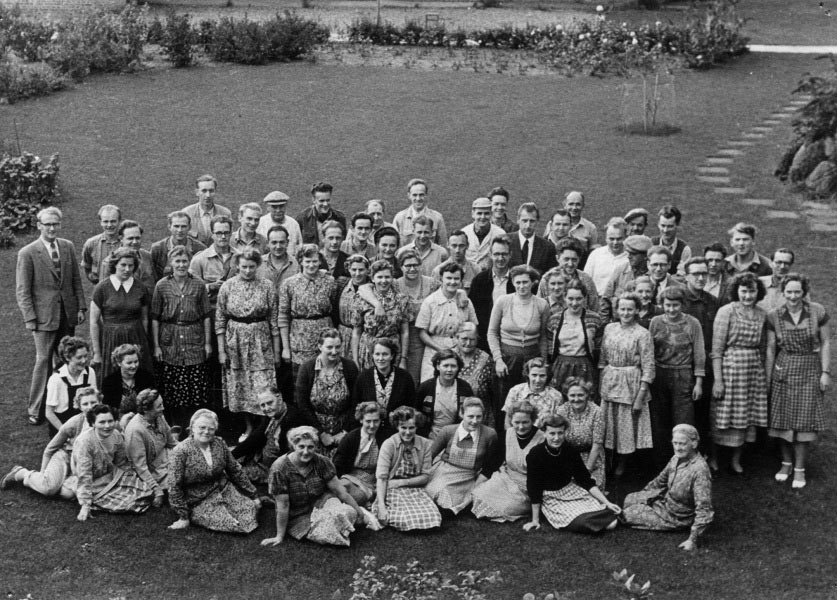 Employees in the garden in front of the factory in Billund, 1954.

The first of the oval logos, this appeared on LEGO Mursten catalogues. The company still hadn’t standardised the brand colour, and examples exist in several variations, typically depending on the colour of the catalogue.

The classic dog bone logo from late 1955 was the first time the logo was standardised in design and colour. It was used across all toys lines and appears widely on both plastic and wooden toys.

The current LEGO brick stud-and-tube coupling system was patented in 1958, the same year Ole Kirk Kristiansen passed away and his son Godtfred became head of the company. There were 140 employees in Billund.

The first of the rectangular/square logos. This and many variants were used worldwide for the next 13 years. 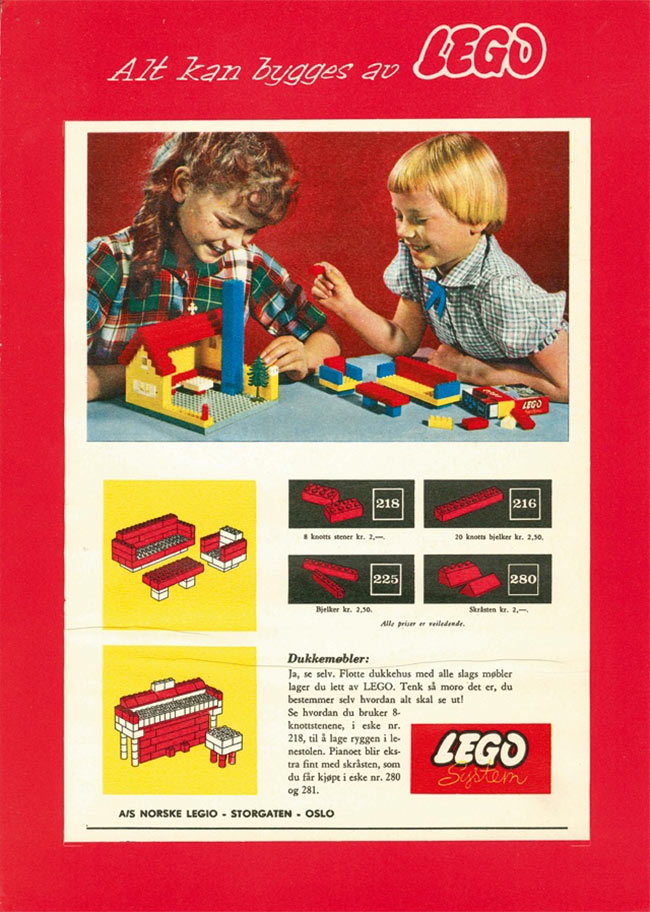 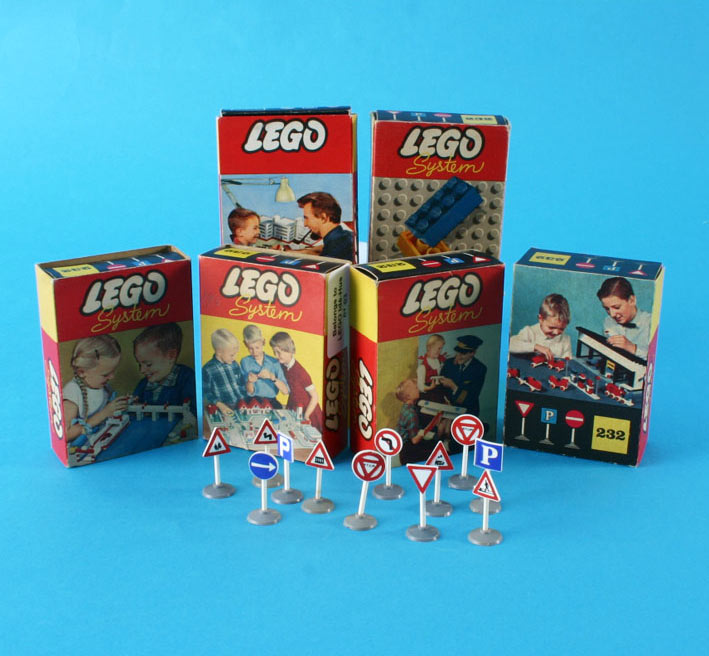 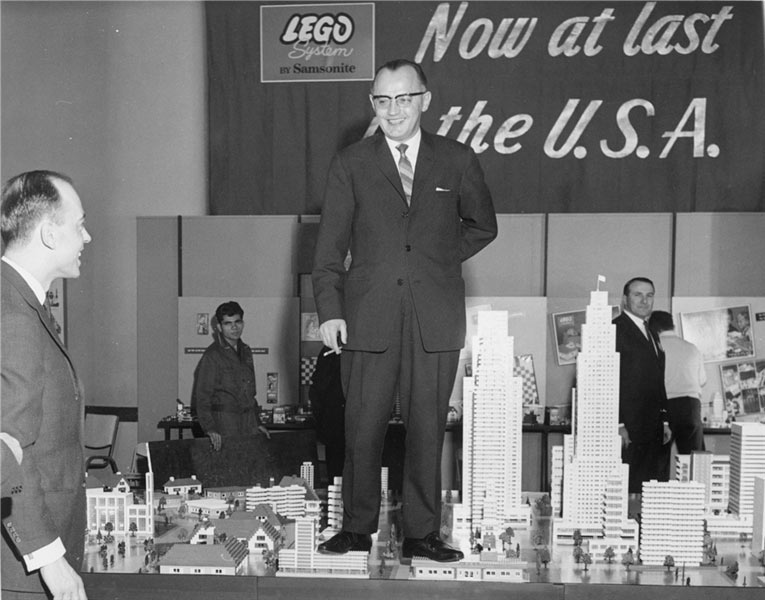 A variation of the 1960 logo that includes the yellow, red, blue, white, and black bars, and was the first to show the registered trademark symbol alongside the LEGO name. 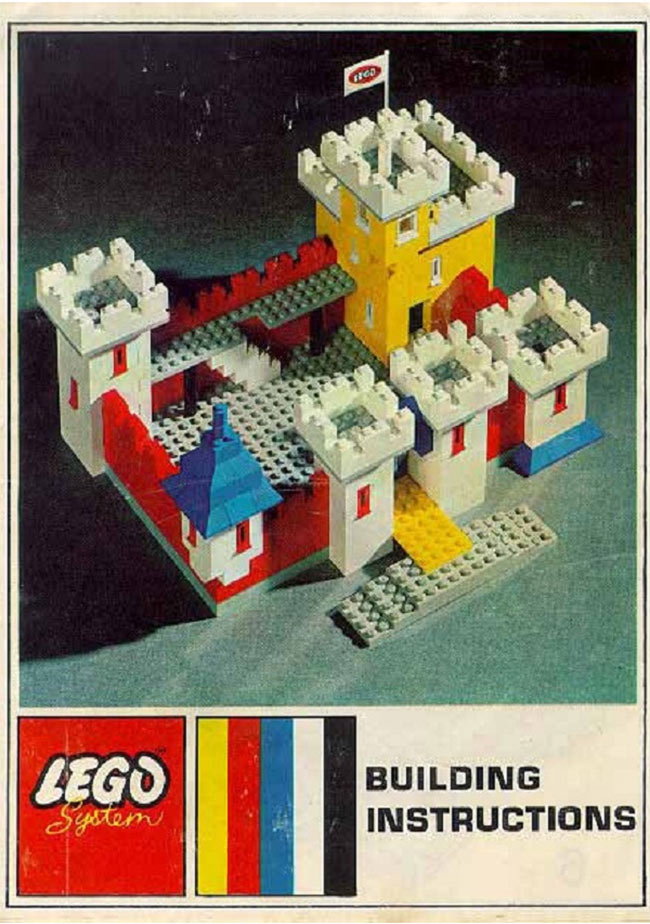 The Weetabix Castle was a promotional set for Weetabix, 1970. 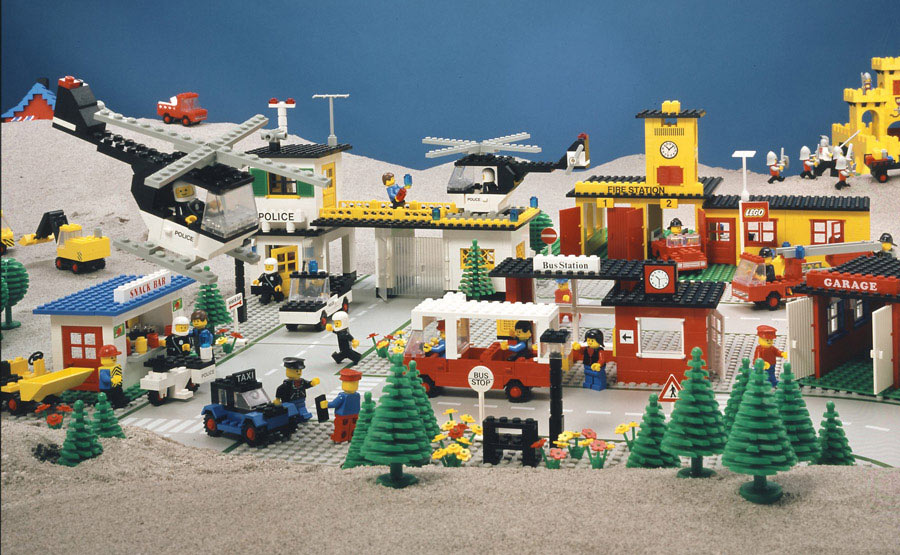 The LEGOLAND range was also launched in 1970.

This logo appeared in 1973, the same year that LEGO began production and distribution in the US. It represents an attempt to cement a single worldwide logo and remains the most recognisable version of LEGO’s brand identity. 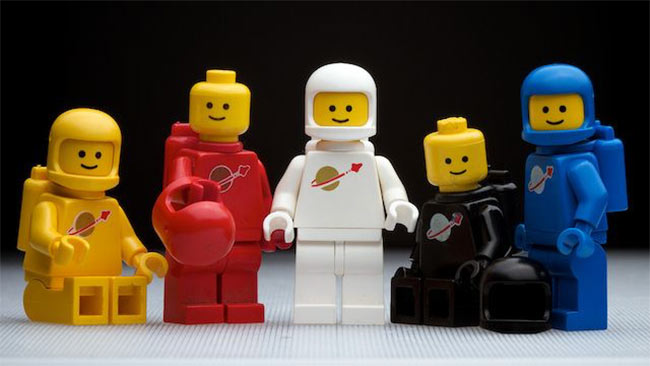 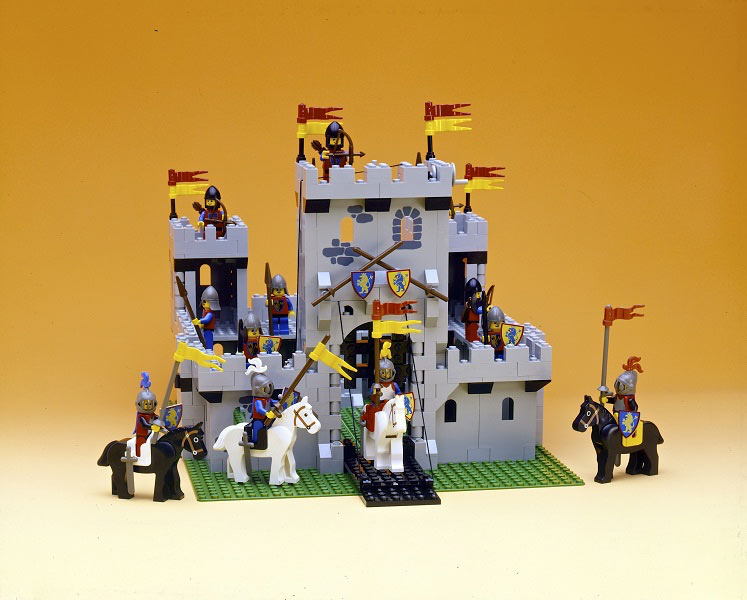 A subtle refinement (a “graphic tightening” in LEGO’s words) of the 1973 logo for better digital (i.e. internet) reproduction. 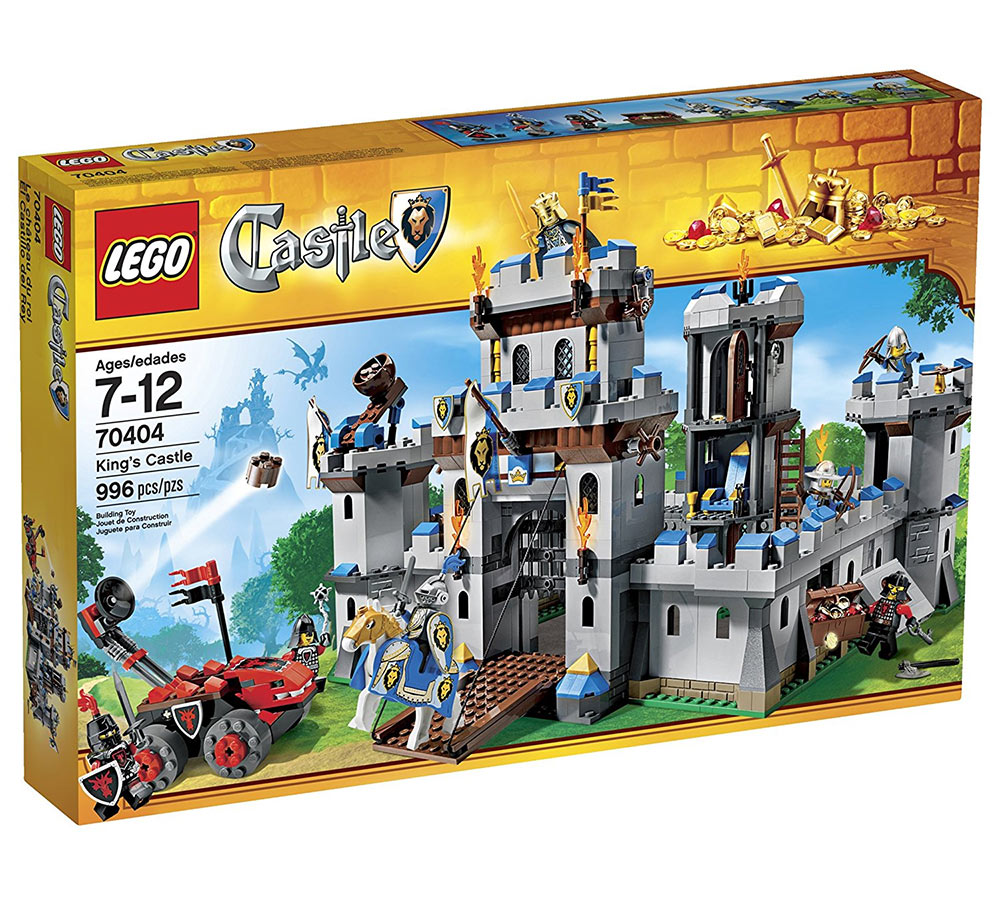 In 2000, LEGO was named “Toy of the Century” by both Fortune magazine and the British Association of Toy Retailers, and today the LEGO Group is owned by grandson of the founder, Kjeld Kirk Kristiansen, the richest person in Denmark. 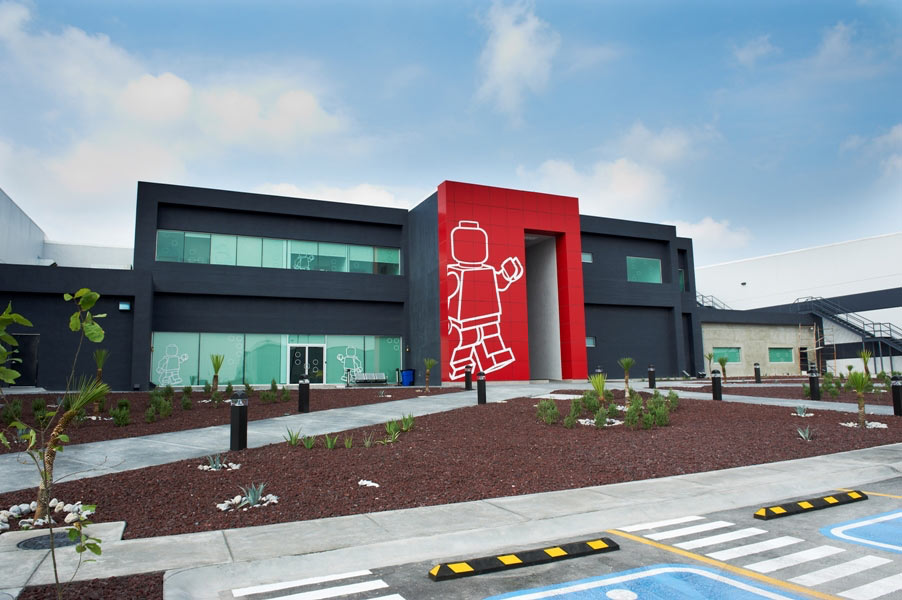